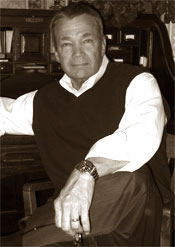 John was born five miles north of the setting for Abiding Darkness, a cotton country town within a rifle shot of two rivers, a bayou, a double handful of lakes, and endless acres of woods.

After graduating from Mississippi State, he flew six years in the Air Force then twenty-nine years for a major airline. And now he gets to write.

He and his wife have been married for forty some-odd years and live in Texas—about twenty miles south of the Red River. He spends the biggest part of his time writing; she’s immersed in leading a comprehensive, women’s Bible study.

They like greasy hamburgers and Dr. Peppers, most species of warm-blooded creatures (the kind that don’t normally bite), and spending July in the mountains. 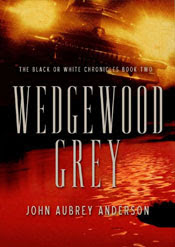 Wedgewood Grey is the second book in the Black and White Chronicles. The first was Abiding Darkness (August, 2006).

The War At Cat Lake is fifteen years in the fading past . . . but the demonic beings who launched that first battle, are alive and well at Cat Lake. Waiting.
Late on a Friday night, on a muddy little road a mile east of Cat Lake, a ten-year-old black child is forced to watch while a gang of white men beat his mother to death. Aided by Mose Washington, an old black man, the boy exacts a measure of his own revenge. When the sun comes up on Saturday morning, Mose and the boy are fugitives.
Missy Parker Patterson, who as a child stood at the epicenter of the first war, is married and living in Texas. In the aftermath that follows Mose Washington’s disappearance, she goes back to Cat Lake to discover that the demonic beings have been anticipating her return . . . and so begins the second battle of The War At Cat Lake.
In 1962, an old black man and his grandson move into the country near Pilot Hill, Texas. The people in the local area are told that the old gentleman’s name is Mose Mann—his grandson introduces himself as Bill.
However, the lives of the new arrivals are not as peaceful as they seem. The unassuming old black man and his grandson are being pursued by a triad of formidable and unrelenting adversaries . . . a ruthless political leader, an enduring lie, and an invisible army allied beneath the banner of a hatred for God.
Wedgewood Grey is a story about the impact of choices that real people—people like you and me—are sometimes forced to make.
The Author's Website: http://www.johnaubreyanderson.com/
Amazon Link: http://www.amazon.com/exec/obidos/ASIN/0446579505 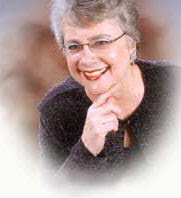 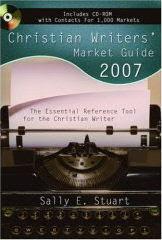 For more than twenty years, the Christian Writers’ Market Guide has offered indispensable help to Christian writers. This year, for the first time, this valuable resource comes with a CD-ROM of the full text, so you can search with ease for topics, publishers, and other specific names.

The 2007 edition also includes up-to-date listings of more than 1,200 markets for books, articles, stories, poetry, and greeting cards, including information on forty new book publishers, eighty-three new periodicals, and thirty-four new literary agents. Perfect for writers in every phase, this is the resource to get noticed–and get published.

Christian Writers’ Market Guide is a "must have' for any serious Christian writer that is looking to get published!

LIGHT AT THE EDGE OF DARKNESS - Day 3

So, how are we doing? Everyone enjoying this wonderful book? What? You didn't get it yet? Shame on you. You have to the end of the week before C.E. Lavender sends the Takers out to get you. Only kidding

That is the short story I'd like to talk about today. “Protected”, by C.E. Lavender is an amazing story where the hero learns what it means to be a hero late in the story. In the beginning he's a cross between someone trying to make a quick buck and someone trying to run from another above him. It involves the Takers, who are sent out to, well, take people. Our hero is sent to find a shield for his boss and falls in love with the woman he's suppose to set up to be taken. You can picture this out in the old west, up in the mountains, almost anywhere that seems remote. Make your own scenery, but don't miss out on what's going on. Our reluctant hero has learned something from the woman he's fallen in love with. What can it possibility be and can he really find himself “Protected” by it if he uses it in his own life? Well, you'll have to read it to find out. I'm not telling. Daniel I. Weaver has several stories in this anthology, this is one of the less graphic, yet somehow it is more poignant that the others. Well, at least in my opinion. - David Brollier (I apologize to all for not getting the rest of the CFRB blogtour posts on this book up, but frankly I've been busy trying to get it on the CFRB site. Visit one of the links below and then click back to see the CFRB site

Don't forget to visit Dan I. Weaver's blog at: http://www.danieliweaver.com/blog/

Also don't miss THE LOST GENRE GUILD blog where these writers came from; Their blog is at http://lostgenre.blogspot.com/

THE LONGING SEASON by Christine Schaub 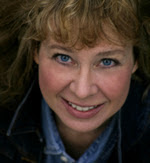 Christine Schaub is the author of the MUSIC OF THE HEART series, including Finding Anna, the rest of the story behind the writing of the hymn It Is Well With My Soul (October 2005) and The Longing Season, the story behind Amazing Grace (July 2006) with Bethany House Publishers, a division of Baker Books.

In 2003, Christine won the On the Page screenwriting contest at Screenwriting Expo 2 in Los Angeles. Her one-page story, written on-site in 24 hours for Jacqueline Bisset, was selected by the actress as the best Oscar Wilde-type comedy for her persona.

While working in freelance corporate communications, Christine completed three feature-length screenplays, including a drama/comedy, romantic comedy, and sci-fi action/drama; developed four biopic teleplays for the stories behind the hymns; and published an online column for the MethodX website (Upper Room Ministries).

Christine honed her writing skills after more than 15 years in corporate communications for healthcare, pharmaceutical, and entertainment companies. She has also been a featured conference speaker on working with at-risk youth and changed lives in the classrooms with her creative presentation style.

Christine's love for the arts and creativity have taken her from church platforms to civic and professional stages, performing classics and dramas from her own pen.

Christine graduated from Anderson University with a bachelors degree in Mass Communications. She has served on numerous boards and committees, usually as Communications Chair, and has received both regional and national awards in writing and design. 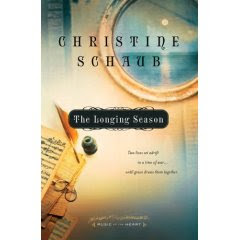 All of the books in the MUSIC OF THE HEART series are based on a hymns and their histories. The Longing Season is about one of the greatest redemption stories of all time: John Newton and his song, Amazing Grace.

Nature conspires against him, tossing the ship like a toy. Directionless--just like his life.
It seems his odyssey will end here, in the cold Atlantic.
Grief and terror grip his heart, but he will not surrender...not yet.
She reads the sentence again and again.
The first day I saw you I began to love you.
He'd written the words, sealed and posted them, then vanished.
She has a choice--turn toward the future, or wait, wating and hoping.
And so begins her season of longing.