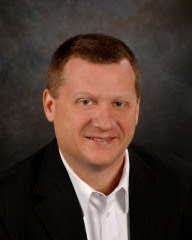 He has always loved legal-suspense novels and is a political junkie. He is also the author of The Election, another political thriller that we reviewed November of '06.

Jerome and his wife, Jennifer, have three children...Brittney, Trey, and Matthew...and they reside in Tennessee where he practices law and is at work on a new novel.

You could visit Jerome at his Website, or at his blog Christian Political Blog. 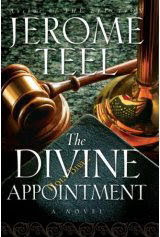 "They aren't hiding just one something, but a bunch of somethings..."

Small town southern lawyer, Elijah Faulkner is a dying breed...an attorney that actually takes pleasure in fighting injustice by working hard for the little guy. But when he takes on a case to defend a philandering doctor with a pregnant wife in a seemingly open-and-shut murder trial, Eli is not so sure he is on the 'right' side.

Back in Washington D.C., supreme Court Justice Martha Robinson has died, presenting an unprecedented opportunity for conservative President Richard Wallace to impact the direction of the highest court in the land. He believes God put him in the presidency for just such a time as this...to make a Divine Appointment. Not everyone is thrilled with the president's nominee, however. And some will stop at nothing, including murder, to prevent his confirmation by the Senate.

A lobbyist with a vendetta, a small-time Mafioso, an investigative reporter with a Watergate complex, and a powerful Washington political machine combine to create a fast-paced suspense novel that explores the anatomy of a murder, and the ripple effect that it creates across the country.

Thanks for participating in the blog tour!