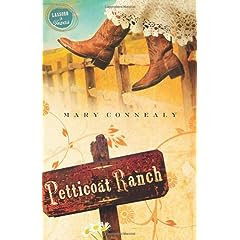 Okay, as we enter day 2 of the tour let's look at the suspense in the story. I've already touched on it out of necessity, but let's go into this more deeply. Cliff Edwards was never the kind of man to run a ranch. He was bull-headed enough, but not knowledgeable enough. Perhaps it was his lack of knowledge that made him a good target. Actually I think it was just a case of being in the wrong place at the wrong time. By the time you open the book Cliff haas already been dead for two years, murdered by “vigilantes”. I put that word in quotes because they weren't seeking justice, but something else. Enter the suspense.

Everything may have gone smoothly if it hadn't been for Clay showing up on Sophie's ranch. Because of his appearance, and a riotous string of events that putting these two together created, that the bad guys learn that Sophie hasn't really left. They thought she went home to her folks, but she didn't have anyone to go home to. So sticking close to home, but hiding out in an abandoned ranch, she takes care of herself and her 4 girls. When Clay shows up he brings them out of hiding and unknowingly has put a big old bull's eye on her back.

Clay and Sophie learn to get along, much the way a person carrying nitroglycerin gets along with the unstable compound. Much of their focus is on each other, the girls or themselves. While each has a reason to go after those who killed Cliff, they put that off to the side. It seems more important to keep the household in order. In doing so they give these black-hatted guys the chance to mount a campaign against them. No matter where you are in the book, in the background is this insidious plot to “finish the job” they started when they kill Cliff.

The one thing Clay and Sophie have in their favor is their unfailing trust in God. With stumbles and mistakes made all along the way, reminding us that we are so much like them, their trust in God never wavers. In the end it is this that is their saving grace. Although how that comes about I'm not going to tell you either. You're simply going to have to read it for yourself.